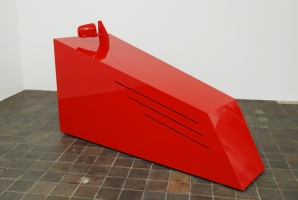 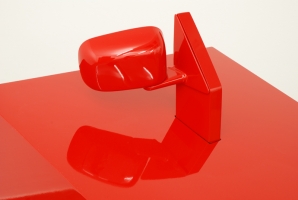 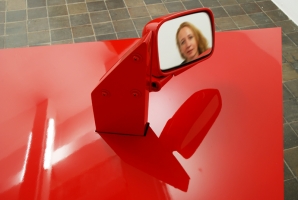 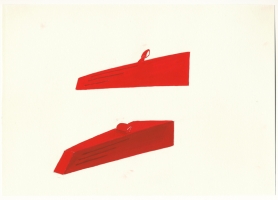 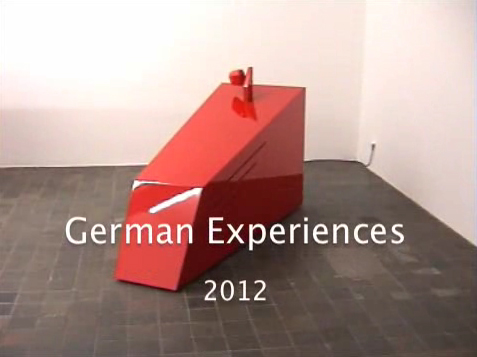 The work called German Experiences relates to an interview between Letterman and Tom Hanks in the David Letterman Show in December 2011.
Tom Hanks should talk about his experiences in Germany while he stayed for a film shooting. He was most impressed from the possibility to drive without speed limit on german motorways and the feeling of top speed if somebody zooms past.

The fascination of the car-world and the thrill of speed play a crucial part of this work. The original Ferrari-Red emphasizes this theme, which grapple with the men´s world and the male narcissistically pipedream.
In both sides of the object, which seems to be similar to a wind tunnel, there are longish slots. In passing the object you can hear through these slots the sound of zooming cars from the Formula 1. Simultaneously a side-view mirror begins to vibrate.