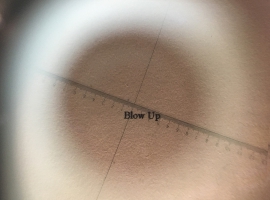 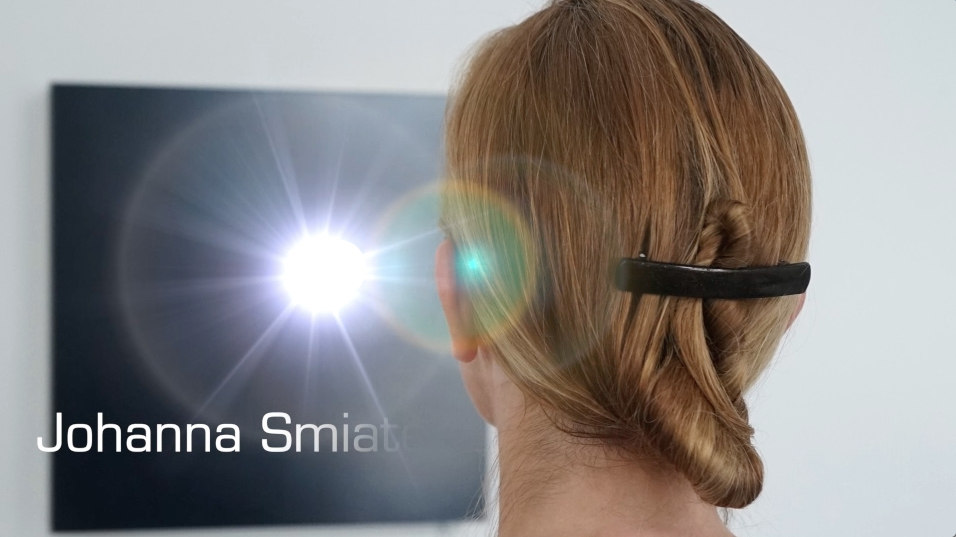 Blow Up II is a work that examines and questions the possibilities of different sensory perceptions and interpretations. It is also a quote on the older work Kabine – Blow Up from 2007
and  “….. the reference to a cinematic masterpiece entitled “Blow Up”, lending itself to an extended field of interpretation. The film, directed by Michelangelo Antonioni in 1966, is set in London´s fashion scene. A photographer believes he has documented a murder with his camera, which he nevertheless cannot prove. His doubts grow so strong that in the end, he questions the distinction between fiction and reality.
… Like many of Johanna Smiatek´s kinetic sculptures, this piece is a reference to the power of projection with which we imbue artifacts and lend them life.” (quote Mark Wellmann).

As in the film of the same name, the work does not reveal itself at first glance. Mysterious and closed appears the flat box, in which a kind of peephole is worked in, with a special mirror glass. When you approach it, you first see only your own eye reflected in the glass surface. But if you look directly into it, you can see the two words “Blow Up” through a magnifying glass with a high magnification factor. Actually tiny, printed in 3 point font and barely visible to the naked eye, the words are blown up hugely.
Similar to the movie “Blow Up”, a tiny detail is magnified very much and gets a big meaning.